What is magnetic structured water and its basic history?

We proceed to familiarize ourselves with the definitions. Living water, or according to other sources magnetized, is called water with a changed structure. Moreover, the composition of the water itself has not changed, but the structure is as close as possible to natural water. All the necessary elements were lined up in the direction of the lines of force.
What is the secret of such a structure? Planet Earth is one big magnet. Naturally, any water in its natural state will have a structure magnetized by the natural field of the earth. What gives such an impact? Here you can draw a parallel - in the pool it is not so interesting to swim as in a lake or sea, and drinking water from a spring is also tastier than from a tap. That is, all these magnetic fields are extremely useful, and this is confirmed by nature itself. So the first myth on the topic of magnetic water was dispelled, is it a lie or a truth.
Scientists have argued about the benefits or harms of magnetism for more than a century. A thorough debate spread out and began to deal with it closely in the middle of the 20th century.

For human health, all the advantages of living water can be reduced to such a list:

• Higher oxygen count;
• Hydrogen is more active;
• The composition of minerals does not change;
• The amount of nitrogen in the water is reduced;
• Increase in crystallization centers
Another myth about magnetic water is the lack of a positive effect on the human body. Here, everything looks quite the opposite. Magnetism increases the activity of body cells, forcing them to move and fight. You don’t have to go far for example. Anyone traveling somewhere in the village to his grandparents to heal swim in a local living river. In the city, a person withers away, the body begins to malfunction without contact with natural living water.
If you operate with numbers, then living water helps to reduce the harmful external effects on humans by 50 percent. This is the second myth about the benefits and harms of magnetic water debunked. There is such a procedure even in hospitals - magneto therapy. It helps to alleviate many diseases.
The table shows the possible treatment options for natural living water.

Type of water Diseases that it helps to fight Living

Another myth about the inability to get living water at home

Another very common rumor and a lie is the inability to get magnetic living water at home. According to the subparagraph, the editors tried to expand the procedure for obtaining such water. The answer to the question is magnetic water: myth or reality is ready.
First, you can get water using a special washer with specific magnetic properties. Such a device is most convenient for its size, it costs little and costs nothing during use.
But it has a very specific shtetl effect. With such a pill, even a glass of water is difficult to make alive. It will take at least an hour. So the myths about the influence of magnetic stone, tablets flowed, apparently from the work of such low-power magnetic water converters. In addition, such a tablet very quickly loses its magnetic properties.
The second option to provide yourself with live water is to purchase a magnetic water filter. Everything is clear here, it’s not difficult to read the pros and cons of work. The information on the same Internet is the sea. True, first-generation filters required an earthing point, and the risk of current damage was quite high.
They were replaced by blocks such as the Aqua-shield electromagnetic softener with a powerful effect on water. Such a device is able to independently provide the whole house with living water. The main thing is to choose the right softener power. In addition, devices of this kind can also be found without connecting to a network. All devices of this group have a long service life. And they do not need to be serviced, which is extremely important for consumers. When you dangle at work all day, coming home from her, you simply don’t have any strength for any other movements. 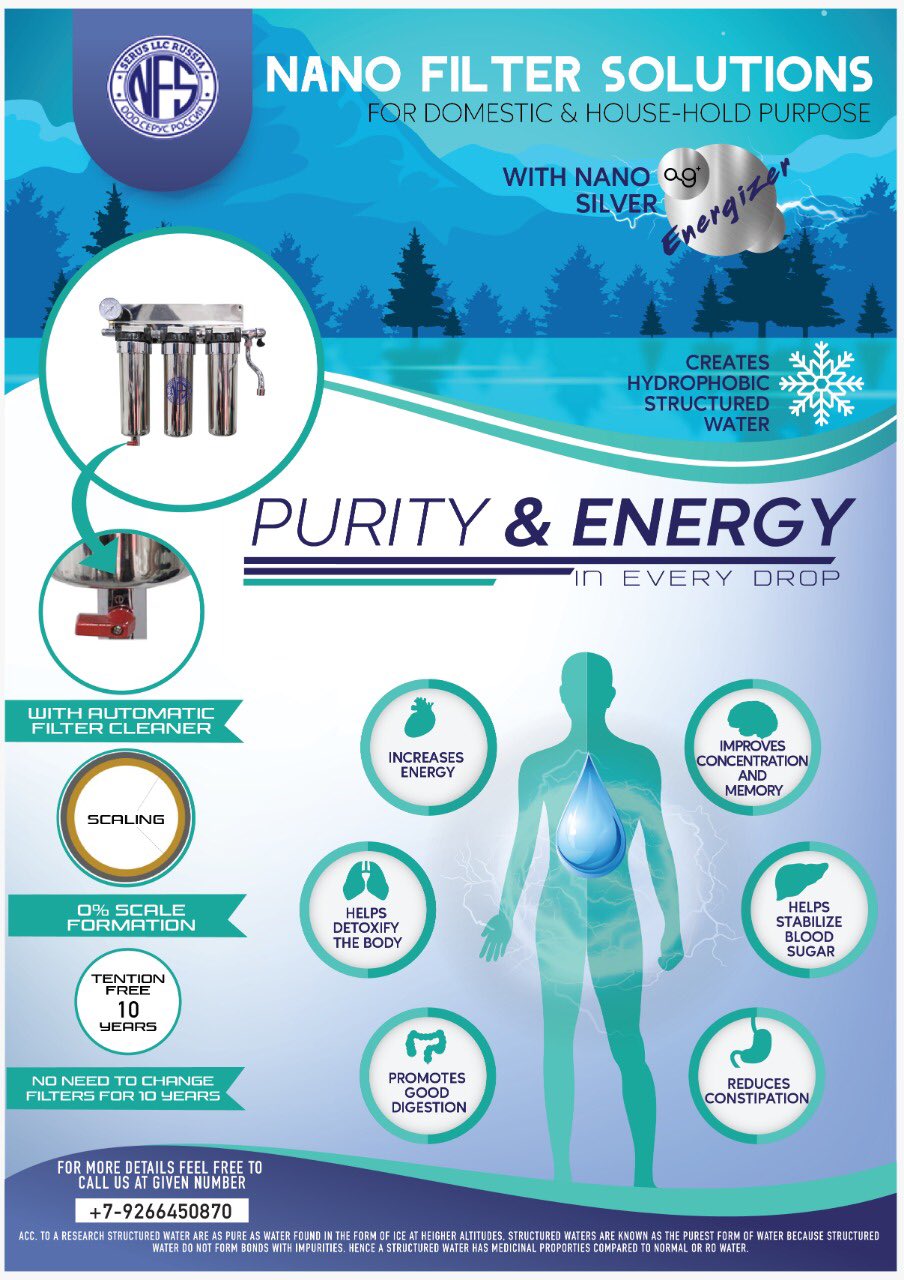 At the same time, systems do not have operational wastes; they are environmentally safe and durable. Just like simple magnetic water softeners remove old deposits from surfaces.
It turns out when people ask themselves the question - magnetic water, is it a lie or a truth, first of all, one should focus on the facts and what they saw with their own eyes. If the consumer himself uses such devices or saw how it works with a neighbor, then this will be the basis for an opinion. In this case, it will be as independent and effective as possible.

As for other myths about living water. Then mankind showed all the riot of his imagination. Every producer stories